Log InSign Up
Table of contents
All Guides
Book
Summary
Characters
Themes
Services Prices
Thank you! Your submission has been received!
Oops! Something went wrong while submitting the form.

The story takes place in a fictional city called “Jefferson”, in the southern state of Mississippi, America, not long after the Civil War. From the opening scene, the life story of a lady called Emily Grierson is told from a narrative point of view. The narrator is believed to be an unidentified member (or members) of the Jefferson community. The story of Emily’s life is not told in chronological order.

“A Rose For Emily” Plot Overview

The plot of “A Rose for Emily” centers on the main character of the story Emily Grierson, who has just died. From this point, the story jumps back to 1893 (when Emily is approximately 30 years old) and due her father’s death, the mayor of the town “Mr Colonel Sartoris” informs her that she won’t need to pay taxes to the government anymore. From here we learn that the Grierson had once been a respected and wealthy family, but has since fallen on hard times.

While Emily’s father was alive he didn’t allow Emily to socialise and meet people, especially young men, so with her father now is dead and Emily is alone. It’s here where we get our first glimpse that Emily might have a mental disorder, due to the fact that Emily insisted that her father was still alive even though he had already been dead three days. After his death in 1893, Emily becomes very reclusive and stays locked away in her house for the next three months after her father’s funeral.

Not long after the death of Emily’s father a man called Homer Barron, arrives in Jefferson town to help watch the construction of some new pavements in the city. He and Emily forge a connection and for the first time in her life since her father died Emily has a companion in her life.

Emily and Homer spend a lot of time together and even take buggy rides together on weekends. This new found “relationship” soon becomes the talk of the town among local gossipers, as it’s rumoured that Emily and Homer may be having a sexual relationship outside of wedlock, which at this time was considered taboo or even a sin among the religious community. Although there is no actual proof of this as the book is left open to the readers interpretation of the story.

A Rose For Emily And Hours Of SAVED TIME FOR YOU!

Let the helpers do the work, delegate your task to a literature expert!
Place an Order

The story then jumps forward 30 years into the future, with a new group of government leaders sending Emily a tax bill even though she had been assured by Colonel Sartoris many years ago that she wouldn’t have to pay anymore taxes. Emily refuses to pay her taxes and simply ignores the tax bill.

The new government then tries to persuade Emily to pay her tax, so she then insists that they speak with Colonel Sartoris to resolve the issue. This however causes them an immense problem for the new council due to the fact that Colonel Sartoris has been dead for some time.

The story then jumps back to 1895 (two years after the death of Emily’s father) and the neighbours of Emily are complaining to the Alderman government about a horrible smell coming from Emily’s property. After much debate among the council on how to deal the problem (without upsetting Emily) so the council decides to send a group of people to Emily’s house in the middle of the night and put lime powder all around the property to cover the smell, this works well and the smell soon disappears.

Time then moves forward one year and Emily is witnessed buying arsenic (a strong poison) and seeing as she is still not married to Homer, (who hasn’t been seen for some time) some of the town’s people believe that Emily intends to use the poison on herself and commit suicide.

After the Baptist minister’s wife has a talk with Emily, and finds Emily to be despondent and distant, she decides to take matters into her own hands and calls Emily’s cousins from out of town and explains the situation to them. Emily’s cousins come to town quickly and arrive at Emily’s house to talk with her. However Emily quickly assures them that all is well and her cousins (now satisfied with her answers) soon leave. From here the story follows in normal sequences.

Emily didn’t poison herself and she is even seen around town buying men’s toiletries and clothes, which makes the town people assume that Emily has married Homer after all, even if he hasn’t been seen in a long time. After this Emily also not seen for a long time by the town’s people. When she is finally seen many years later, her hair is long and gray and she has also put on a lot of weight.

Emily finally dies in 1937 and the housekeeper “Tobe” who has been looking after her for many years, decides to open the front door and let the women of the town look around the house. It is not really clear if Emily was a kind employer to Tobe, due to the fact that he stayed with her for so long may suggest that he was happy there. However by letting the town’s women into the house (something they have wanted to do for many years out of sheer curiosity) it may be possible that he didn’t have a lot of respect for her, especially due to the fact that after letting the townspeople into the house he simply walked out the back door away from the house. Tobe didn’t even attend Emily’s funeral, he simply walked away from the house and was never seen by the townspeople again.

Reading An Overview Might Not Be Enough FOR COMPLETING A TASK...

Unlike hiring a literature expert, who'll do all the work for you before your deadline!
Hire an Expert 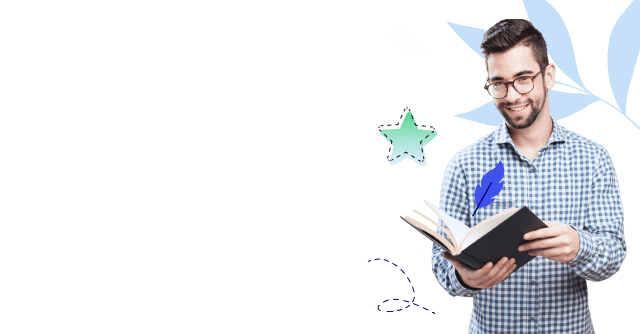 The final chapter of the novel brings the story right back to the present just after Emily’s funeral. Now that Emily’s house is uninhabited the townspeople decide to break open a locked door to one of Emily’s upstairs bedrooms in her Grierson home. Here they find the rotted and decomposed body of Homer Barron lying on the bed. So it’s assumed that Emily did in fact murder Homer, most likely by poisoning him using the arsenic she bought from the shop.

However is not officially stated by the author that Emily did indeed kill Homer but it’s pretty safe to assume so. Perhaps one reason might have been that she feared Homer would leave her, so by killing him he would never leave and she would be able to keep him forever until she died. The bedroom itself had been decorated like a bridal suite. Although again this is left open to the interpretation of the reader, this could perhaps be Emily’s way of believing that she and Homer had been an official married.

Next to the body of Homer the townspeople find a single strand of long grey hair, believed to have belonged to Emily. So if this hair does indeed belong to Emily then it’s probable that Emily had been sleeping in the same bed next to her husband for many years while his body rotted away, however again there is no clear fact to state this so it’s again open to interpretation among the readers.

Use Studyfy "A Rose For Emily" Essay Samples for your inspiration, or contact our experts to try our essay editing, online proofreading, tutoring or any kind of needed homework help!